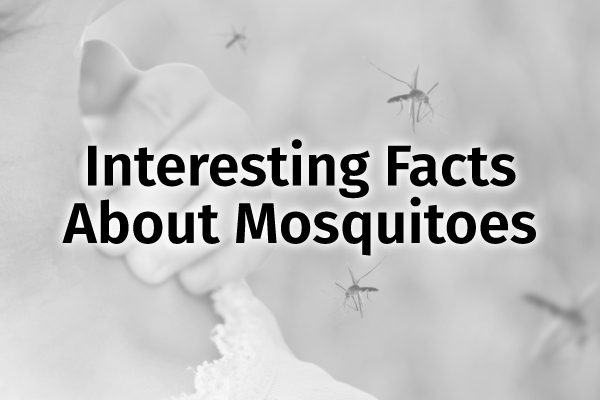 It is reported that the Dalai Lama once said: “If you think you are too small to make a difference, try sleeping with a mosquito.” Sentiments like this make us chuckle uncomfortably because we know this is true.

To make any kind of headway against mosquitoes, it’s important to know a little something about how they operate. In this guide, we look at some useful facts about mosquitoes so that you can put up an adequate defense against the buzzing beasts.

Mosquitoes Are Attracted To Our Breath

You’re not imagining it. Mosquitoes really do love your head the most. According to Live Science, we can blame that on the carbon dioxide that we exhale. Female mosquitoes can sense carbon dioxide up to 50 yards away.

Her annoying buzzing around our heads is just a side effect. Our heads are where our breath is.

And as far as the buzzing goes, it’s the furious flapping of her wings that causes the buzzing sounds. The female mosquito’s wings can beat up to 500 times per second, creating an annoying buzz.

It’s ironic. Other than being kind of ugly, the male mosquito is fairly harmless, at least from a bite standpoint.

According to the National Environment Agency, male mosquitoes are like a cocktail of different flower nectars. Because they don’t need to lay eggs, they don’t need the protein in our blood as the females do.

At this juncture, you might wonder if it’s in your best interest to try to hold your breath or something to keep the little pests away. Aside from being unrealistic, you should probably know mosquitoes are also attracted to your sweat and the bacteria on your skin, you know, all the stuff your body produces on hot summer nights during “skeeter” season.

Unfortunately it’s the malaria carrying mosquitoes that are the most attracted to the smell of your sweat.

Adult Mosquitoes Can Live Up to 6 Months

In bug years, your hungry neighborhood mosquito is pretty much Methuselah. Six months is plenty of time to bite you, your kids, your dog, and your best friend across town before buggy Methuselah’s time is up.

Mosquitoes Are One of the Deadliest Animals In the World

While you might think of the lowly mosquitoes as the beasts of your backyard, they’re quite mighty for their size.

In fact, they’re among the deadliest animals on the planet because they have the ability to spread all manner of diseases. Malaria is just one of them. One mosquito can infect up to 100 people. They can also infect your pets with deadly heartworm disease.

Here are just a few of the diseases that mosquitoes spread:

It’s the Spit That Makes You Itch

The only bitey mosquitoes you’ve ever encountered were female. They come equipped with some features that the male mosquitoes don’t, like a proboscis that bears a curious resemblance to the common injection needle. The female requires this because she needs to fill up her proverbial tank with your blood.

Her needle nose, along with the saliva that comes from it, functions as an anticoagulant to stop your blood from clotting. She just needs it to be non-clotting for just a few minutes, then she’s on her merry way, leaving you with an itchy bump. It’s that saliva that causes the itch. The saliva also has a local anesthetic that causes you not to feel the bite until it’s too late.

Really, if mosquito bites were so itchy (and sometimes, downright dangerous), you might admire the common mosquito for the cleverness of its design…

Mosquitoes Can Become Confused When Exposed to Certain Scents

If you want to get rid of mosquitoes in your backyard, sometimes, it’s best to fight mosquitoes with a bit of your own subterfuge.

In some respects, they aren’t very bright. While their snout is powerful, it can become confused by certain scents, which make it more difficult for the little beasts to sniff out the carbon dioxide in your body.

Here’s one you’ll love. The smell of caramelized chocolate and mint really confuses mosquito noses. If you have candles that carry this scent, burning them may help.

Certain plants also confuse their noses. Here’s a list of some of the most potent ones to keep in your garden.

Water Is Essential for Breeding

Mosquitoes, for all their cleverness, aren’t particularly discerning when it comes to where they live. They love messy spaces.

It’s even better if those spaces encourage pools of standing water to form. The female mosquito needs just a few inches of water to lay her eggs.

Here’s where prevention comes in. During mosquito season, make sure that you leave no standing water on your property. Empty out bird baths and buckets of water.

On the other hand, water features with moving parts, like fountains or water pumps, can be your best friend. The moving water destroys any eggs that have been laid in them and then washes them down the drain.

Mosquitoes Are Not Very Fast Flyers

Mosquitoes’ slow flying speeds make it nearly impossible for them to fly against strong air currents. In this respect, one of the best tools you have in the fight against them is a fan.

There’s one more defense against those pesky skeeters that you probably haven’t thought of: a custom-created mosquito misting system.

These systems are filled with a botanical insecticide that not only nabs mosquitoes but also gnats, flies, and spiders. You can set them on a timer so that your yard gets misted when harmful bugs are out, but helpful bugs, like butterflies and bees, are not.

Because the mister is on a timer and remote-controlled, you never have to worry about staying on top of them like you do other pest attractors, like standing water.

If you’d like to learn more about how you can keep mosquitoes out of your backyard, contact us today for a free quote! 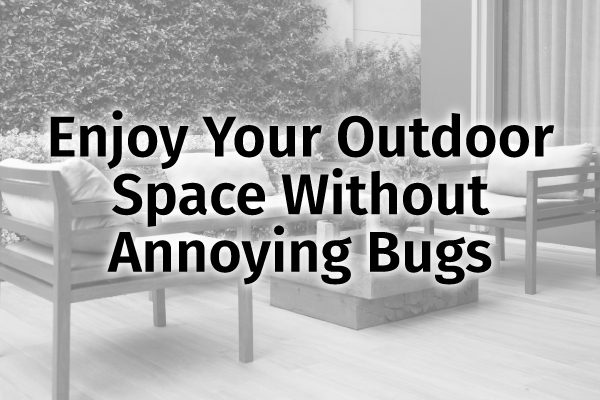 How to Enjoy Fall Evenings Without Annoying Bugs 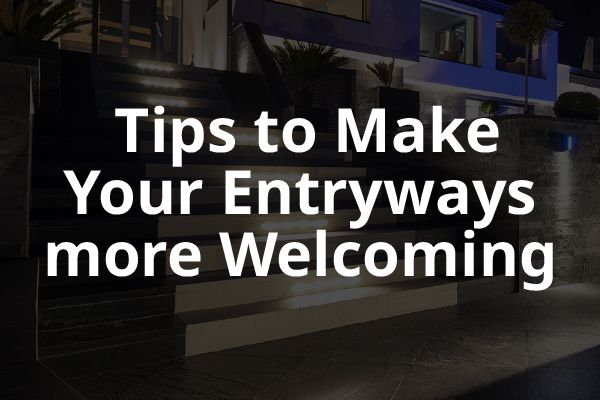 Tips to Make Your Entryways More Inviting With Outdoor Lighting

On time and date scheduled, fast service when they get here, notified day before by email they are coming, easy on-line payment
Eric/Kristi R.

Unique Outdoors Mosquito Pros were prompt and did exactly what they said they would do. And after two weeks my mosquitoes are almost completely gone.
Carol T.

A quality product and even better customer service. I highly recommend the folks at Unique Outdoor.
Mickey M.

GET A FREE QUOTE